Water has not typically been an industry closely associated with cybersecurity threats. But this has changed in recent years as the sector has become increasingly automated, with the rapid adoption and use of digital environments.

As information technology (IT), operational technology (OT) and Internet of Things (IoT) become digitized and connected, hackers have become more aware of the valuable data to be extracted from critical infrastructure, and how vulnerable they may be. While digital connectivity in utilities has increased, security mindsets have not kept pace. This is a worrying trend – as water becomes more connected, threats from hackers, ransomware, and non-state actors will continue to grow in intensity and severity. OT and IoT networks are kept secure in a different and often more challenge way to IT, where most security focus is directed.

As a provider of a critical service, the effects of a cyberattack on a water utility have the potential to cause major damage to the communities they service.

In its digital transformation period, the water utilities sector must consider cybersecurity, or risk financial losses, data leaks, and even the tap being switched off.

The water and wastewater sector is worth close to $500B but had not been a monetizable target for hackers until recently. There was little automation or need for remote systems access, and beyond physically shutting down the machinery there was limited value for hackers.

Technological advancements in recent years have massively boosted productivity in the water sector. Remote access has enabled those with specialist skills to connect from anywhere in the world to drive innovative ideas or trouble-shoot complex problems. Automation and IoT are now core parts of modern critical infrastructure structures.

However, this digital transformation has not been matched with a cybersecurity transformation, due in part to the structure of the water industry – many utility operators aren’t aware of the kinds of threats they may face. Further, OT and IoT networks are often considered too difficult to secure.

The Water Sector Coordinating Council estimates over a third of water utilities only allocate 1% of their budget to cybersecurity. It’s not just budgets, risk assessment, mitigation and recovery plans have also been overlooked.

Over the past twenty years cyberattacks have ranged in complexity, and the damages have affected all parts of the sector.

Much of the technology used in the water sector is standard around the world – a vulnerability in one facility is likely experienced in another. Once these gaps are spotted by hackers the risk for everyone increases. Although collaboration across companies and with governments is increasing, more needs to be done to build awareness on risks and solutions.

Organized crime and malicious state or state sponsored actors have previously targeted critical infrastructure due to its valuable role in a community, and the large amount of valuable data it holds. According to IBM, human error is a leading cause of breaches. Weak passwords, sharing security information, or clicking on phishing emails can all contribute to a cyberattack.

A pre-breach mindset is critical to mitigate water cybersecurity attacks. Even in the smallest utilities it is critical to prepare for a breach early (pre-breach), and continue updating and monitoring for new threats. If a utility can identify an attack early it can prevent some of the damage. Protecting OT and IoT environments requires both proactive and reactive responses:

To learn more about how water utilities can improve their cyber defenses, download the industry brief.

Learn about cyber threats facing the water sector, and what organizations need to consider to ensure this critical infrastructure is defended. 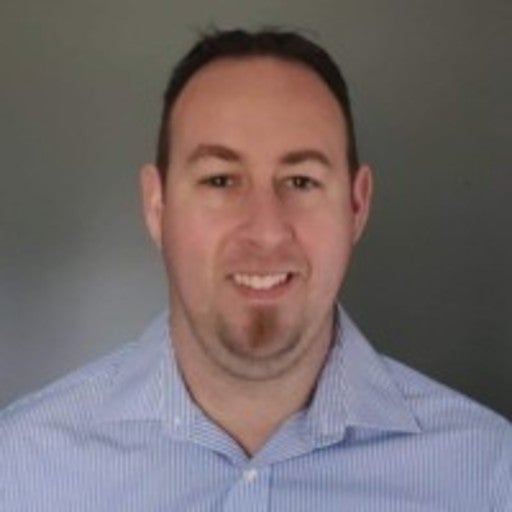 Gavin Dilworth started his career in Industrial Automation and Control System Engineering based in Taranaki, New Zealand. While overseas expanding his capabilities and skillset, Gavin decided to shift his career into the world of cyber security. This decision was due to Gavin experiencing a lack of expertise in the IoT/SCADA/OT/ICS space. Throughout his 16-year career, Gavin has worked for end users, systems integrators, consulting firms and vendors. His journey has seen him successfully deliver numerous gap, site, vulnerability and risk assessments, which are have been benchmarked against industry standards such as NIST and IEC 62443.Gavin takes pride in studying and has an extensive array of qualifications which include SANS Global Industrial Cyber Security Professional (GICSP) and the GIAC Response and Industrial Defense (GRID) certifications as well as Offensive Security Certified Professional (OSCP). Gavin continues to seek further training and certification as he recognises this investment and the value it brings his customers.

The Sprint to Secure U.S. Utilities – Nozomi Networks and the DOE Plan

Russian Cyberattacks on Critical Infrastructure - What You Need to Know